Songs of Scandinavia and Other Poems and Ballads: The Borrow Translations Series 1 and 2 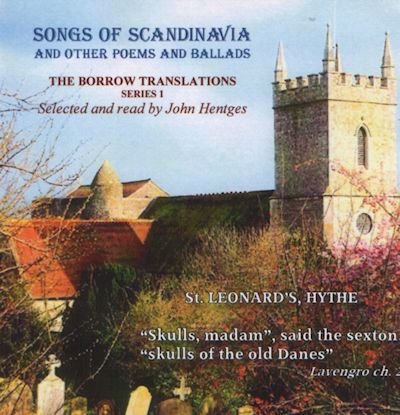 George Borrow translated from 47 languages and had a remarkable breadth of interest in both medieval and modern poetry. Many of his translations were not published until 1923, when they occupied three volumes of the 16-volume Norwich Edition of his Works.

These two CDs reflect his major interest in Danish, Welsh and Cornish literature. Series 1 also includes a Manx poem and a translation from the Hungarian of Sebastian Tinodi.

Back to Recent Projects page